Artist of The Day: Vampire Weekend 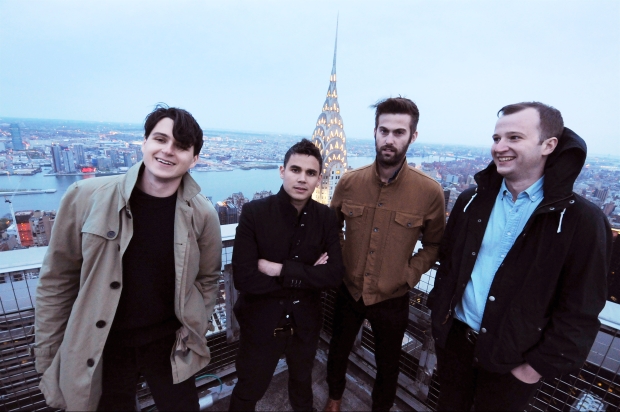 Vocalist/guitarist Ezra Koenig, drummer Chris Baio, multi-instrumentalist Rostam Batmanglij, and bassist Chris Tomson met when they were finishing up their studies at Columbia University. They formed Vampire Weekend in early 2006 out of Koenig and Tomson's hip-hop collaboration L'Homme Run. They quickly established their bright, intricate style with their self-titled 2008 debut EP, which debuted within the Top 20 of both American and U.K. album charts.

Vampire Weekend returned to the studio to record their second album, “Contra,” which arrived in 2010; the album debuted at the top of the Billboard 200 chart and earned a Grammy nomination for Best Alternative Music Album.

Their third album, “Modern Vampires of the City,” was released in May 2013. Like “Contra,” the album debuted at the top of the Billboard 200 -- making Vampire Weekend the first rock band on an independent label to enter the charts at number one with two consecutive albums -- and it also won the Grammy for Best Alternative Album in 2014.

Early in 2016, Batmanglij announced he had left Vampire Weekend but would continue to play with them in the future. That same year, Koenig returned to the studio and returned 3 years later with Vampire Weekend’s fourth album, 2019’s “Father Of The Bride.”

“Father Of The Bride” was recently added to WYCE’s library.