Artist of The Day: Making Movies 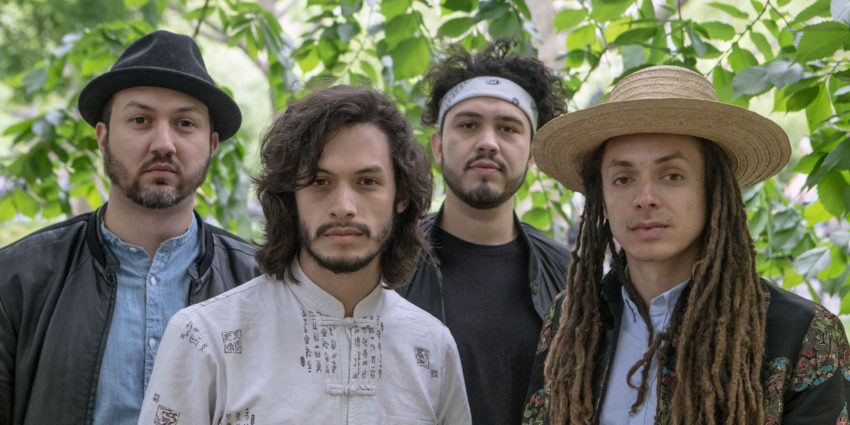 In June 2012, the band released their debut EP titled “Aguardiente” which was followed by their full length album “A La Deriva,” the next year. Their second album, “I Am Another You,” was released in 2017. Both “A La Deriva” and “I Am Another You” are concept story albums, with the first telling the story of an immigrant family and the second of three young men from around the world dealing with crises.

In May 2017, Making Movies performed at the Kennedy Center as a part of the JFK Centennial celebrations. The quartet has toured with Hurray for the Riff Raff, Los Lobos, Tennis, Ozomatli, Ha Ha Tonka, Aterciopelados, Molotov, Neon Indian, Cold War Kids, Enanitos Verdes, Arterciopelados, PXNDX, and Mariachi El Bronx among others.

Their newest album, “Ameri’kana,” was recently added to WYCE’s library.