Artist of The Day: Los Straitjackets 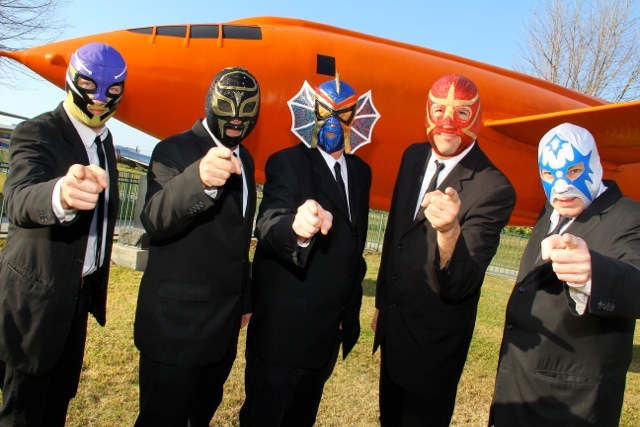 Los Straitjackets is an American instrumental rock band that formed in Nashville, Tennessee, United States, in 1988. Originally under the name The Straitjackets, the band split up soon after forming, but reunited as Los Straitjackets in 1994 and released their first album, “The Utterly Fantastic and Totally Unbelievable Sound of Los Straitjackets,” in 1995. Over the next few years, the band developed a cult following through its tight instrumentation and stage shows. In its live performances, band members dress in identical black suits, gold Aztec medallions, and personalized Mexican wrestling masks.

As time has gone on, their stage shows have become more elaborate. Shows frequently feature choreography, guest vocalists such as Eddy "The Chief" Clearwater, Kaiser George of the Scottish band the Kaisers, Big Sandy, and the burlesque dancing troupe The World Famous Pontani Sisters. In recent years, they have staged festive Christmas shows during the holiday season.