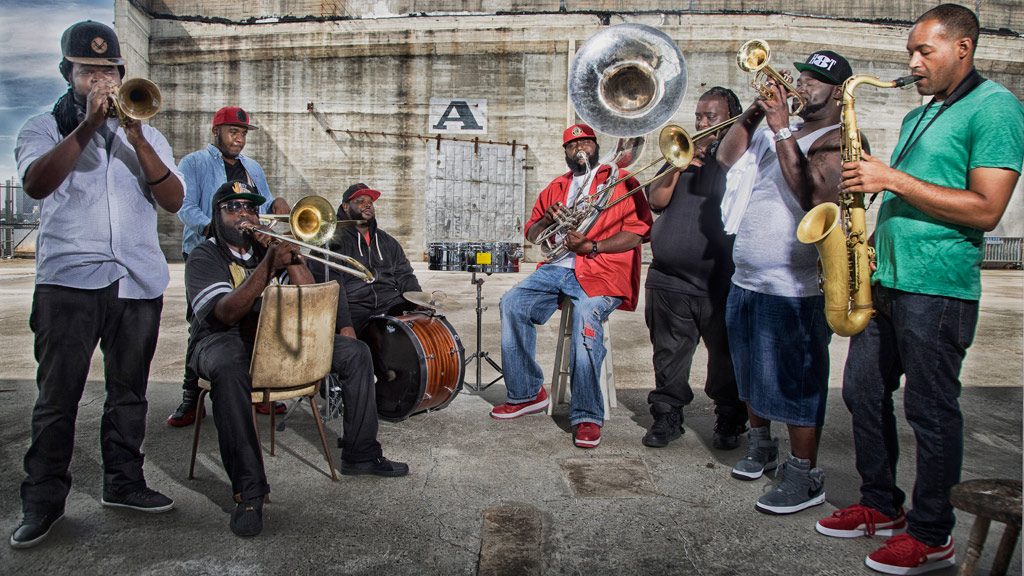 The Hot 8 Brass Band is a New Orleans based brass band that blends hip-hop, jazz and funk styles with traditional New Orleans brass sounds. The band, whose lineup changes often but always retains its four core founding members, can feature as many as ten members.

The group was founded in 1995 but released the debut LP “Rock With The Hot 8” in 2005. The set featured a version of Marvin Gaye's "Sexual Healing" that was picked up on by several DJs for remixing and made its way north into dance clubs. The track has become Hot 8's de facto anthem.

In the aftermath of Hurricane Katrina and the violent deaths of three of their members, they became involved in the Silence Is Violence organization, and with Save Our Brass, which supports and supplies Katrina-displaced brass bands and brass musicians with funding and sometimes instruments to replace the ones they lost.

The Hot 8 has released 5 studio albums over their 24 years and their sixth, “Take Cover” was released earlier this year.  Their special Record Store Day EP release “Working Together” came out this week and features remixes of their most popular songs.