Artist of The Day: Leyla McCalla 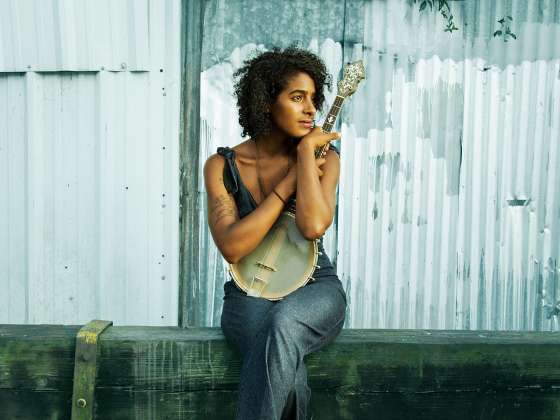 Leyla McCalla finds inspiration from a variety of sources, whether it is her Haitian heritage, living in New Orleans or dancing at Cajun Mardi Gras. McCalla, a multi-instrumentalist, is a cellist and singer whose distinctive sound is impossible to replicate.

McCalla’s music reflects her eclectic and diverse life experiences, projecting a respect for eloquent simplicity that is rarely achieved. Born in New York City to Haitian emigrant parents, McCalla was raised in suburban New Jersey. As a teenager, she relocated to Accra, Ghana for two years. Upon her return, she studied cello performance and chamber music. Armed with Bach’s Cello Suites, McCalla moved to New Orleans to play cello on the streets of the French Quarter.

McCalla continued to hone her craft, inspired by Louisiana Creole music, old Cajun fiddle melodies, and traditional banjo music. She was recruited into the Grammy award winning band Carolina Chocolate Drops but left in 2012 to pursue her solo career. Her music explores Haitian Creole identities, with her 2013 debut album, “Vari-Colored Songs,” a tribute to Langston Hughes sung in Haitian Creole, and her 2016 album “A Day for the Hunter, A Day for the Prey.”

McCalla’s third album, “The Capitalist Blues” was released in January of this year.