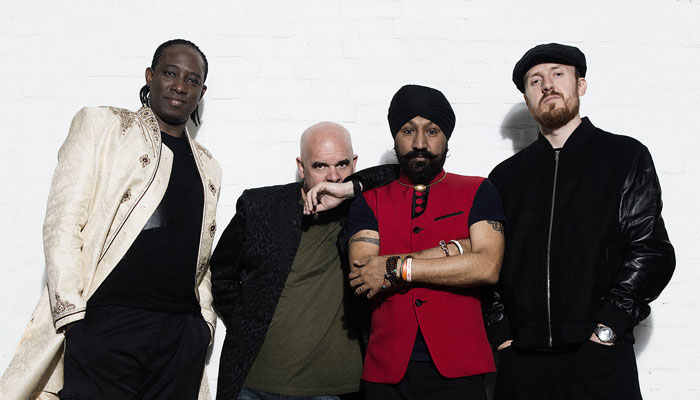 The traditional music of Western Africa and Ireland is fused into a seamless blend by Afro Celt Sound System, a super group comprised of artists and inspiration from all over the world, with members playing everything from the fiddle, bongos, Kenyan lyre, and Indian drums.

After coming into popularity after a series of exciting performances, they released their first album in 1996, Volume 1, which remains one of the most successful examples of cultural exchange. After 4 more studio albums reaching international fame and award nominations, Afro Celtic Sound System continued touring through 2015.

Their newest album, 2018’s Flight, explores themes of migration – both human and avian – with a dazzling cast of stellar musicians from around the globe.

Their recordings have featured artists such as Peter Gabriel, Sinead O’Connor, and Robert Plant.