Artist of The Day: Snooky Pryor 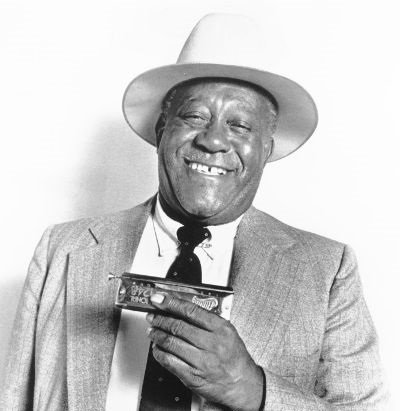 Snooky Pryor was an American Chicago blues musician who pioneered the modern method of playing harmonica.

With a Delta blues influence, Pryor began playing harmonica from age 8. After moving from Mississippi to Chicago to serve in the army, he became inspired from playing through army PA systems. After his service, he made his own amp rig, creating a now-common method of playing.

Although he claimed to have pioneered this method of playing an amplified harmonica by cupping a small microphone in his hands along with the harmonica, on his earliest records, in the late 1940s and early 1950s, he did not use this method.

After a two decade hiatus, Pryor came back to the blues and continued playing his harmonica up until his death in 2006.

His latest retrospective “All My Money Gone” came out last week.