Artist of The Day: Buckwheat Zydeco 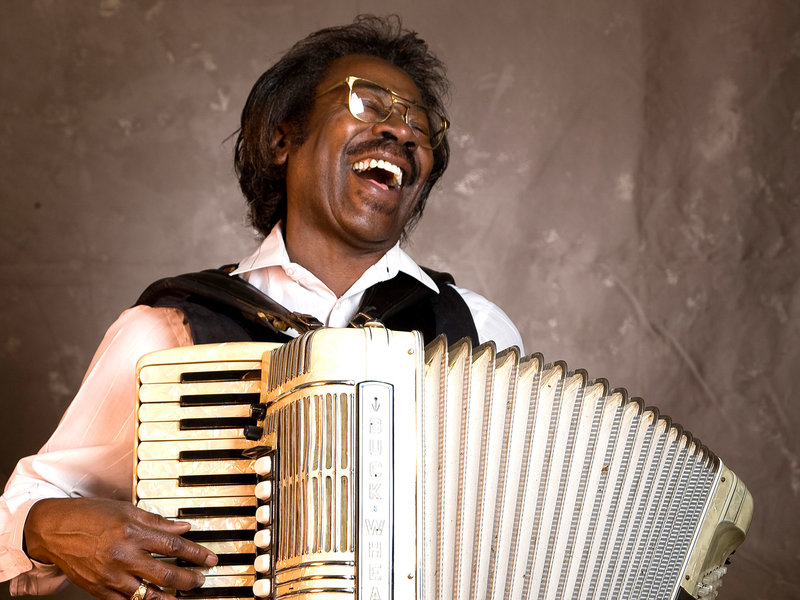 Stanley Joseph Dural, Jr. (November 14, 1947) better known by his stage name Buckwheat Zydeco, was an American accordionist and zydeco musician and was one of the few zydeco artists to achieve mainstream success.

Dural was born in Lafayette, Louisiana as one of 13 children he had six brothers and six sisters. As a 5-years-old boy, he worked on a farm picking cotton. He acquired his nickname as a youth, because, with his braided hair, he looked like the character Buckwheat from Our Gang/The Little Rascals movies.

His father, a farmer, was an accomplished amateur traditional Creole accordion player, but young Dural preferred listening to and playing rhythm and blues.

Dural became proficient at the organ, and by the late 1950s he was backing Joe Tex, Clarence and “Gatemouth” Brown.

In 1971, Dural founded Buckwheat & the Hitchhikers, a 16-piece funk band that he led for the next five years however, in 1976 he finally fell under zydeco's sway.

In 1986, Buckwheat Zydeco signed a deal with Island Records, in the process becoming the first zydeco act ever signed to a major label.