Artist of The Day: Erykah Badu 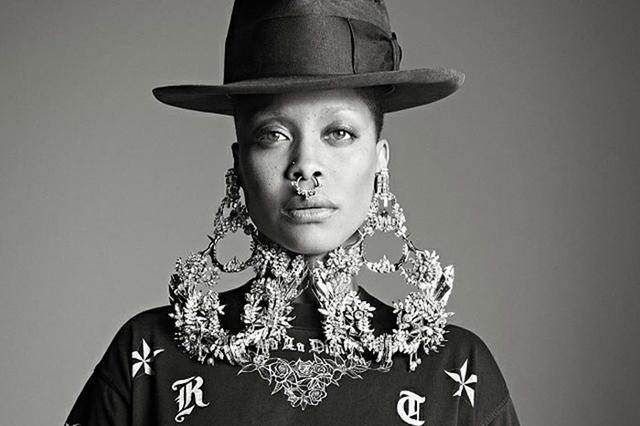 She grew up listening to '70s soul and '80s hip-hop, but Erykah Badu drew more comparisons to Billie Holiday upon her breakout in 1997, after the release of her first album, Baduizm.

Badu's languorous, occasionally tortured vocals and delicate phrasing immediately removed her from the legion of cookie-cutter female R&B singers of the era.

Born Erica Wright in Dallas in 1971, Badu attended a school of the arts and was working as a teacher and part-time singer when she opened for D'Angelo at a 1994 show.  D'Angelo's manager was so impressed with the performance that he signed Badu to his Kedar Entertainment label.

Although she disputes the term, Erykah Badu has been dubbed "the first lady of neo soul" and "the queen of neo-soul" and has released 7 albums.

Her musical work explores contemporary forms of soul, hip hop, funk, and jazz styles. She has appeared in the films The Cider House Rules and Blues Brothers 2000 and hosts the Soul Train Awards.

She has been nominated for 19 Grammy Awards, winning four. Wikipedia, AllMusic