Artist of The Day: Amadou & Mariam 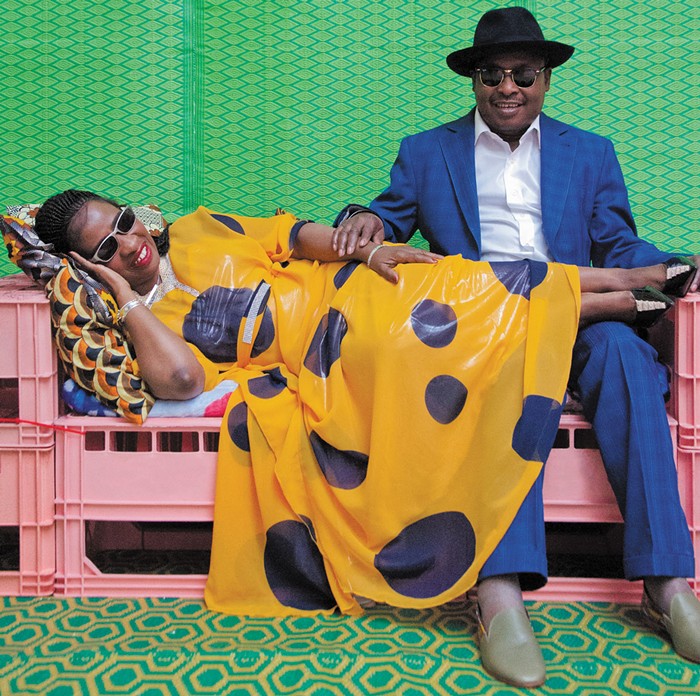 Amadou & Mariam are a musical duo from Mali, composed of the couple Amadou Bagayoko and Mariam Doumbia. Amadou lost his vision at the age of 16, while Mariam became blind at age 5 as a consequence of untreated measles. Known as "the blind couple from Mali", they met at Mali's Institute for the Young Blind, where they both performed at the Institute’s Eclipse Orchestra,

In 1980 the couple married and by 1983 they began to play together while Amadou continued a successful solo career and ran the blind institute's music program.

The duo's early recordings in the 1980s and 1990s featured sparse arrangements of guitar and voice. Since the late 1990s Amadou & Mariam have produced music that mixes traditional Mali sound with rock guitars, Syrian violins, Cuban trumpets, Egyptian ney, Indian tablas and Dogon percussion. In combination these elements have been called "Afro-blues".

Over their 44 year career, they have collaborated and toured with many artists, such as Damon Albarn, David Gilmour, Santigold, and U2.

Their 2008 album, Welcome To Mali, was nominated for a Grammy Award for Best Contemporary World Music Album. Wikipedia