Artist Of The Day: Bootsy Collins 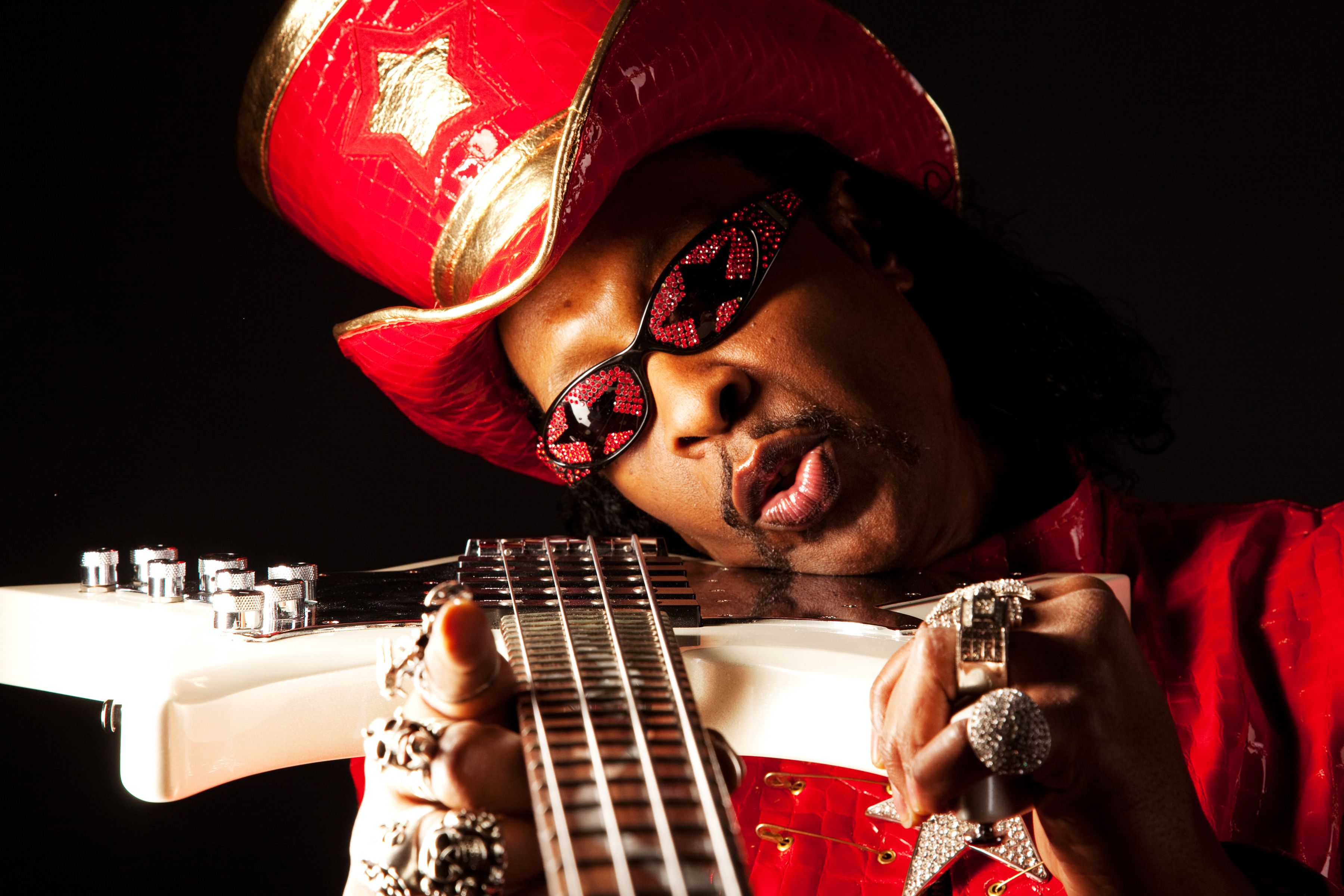 William "Bootsy" Collins (born October 26, 1951 in Cincinnati, Ohio) is a pioneering funk bassist, singer, songwriter, and is well known as one of the founding members of the 'P-Funk' sound. Bootsy’s inspired, clever progressions and patterns were instrumental on classic funk and soul recordings both with The JB’s with James Brown and with George Clinton’s Parliament-Funkadelic. In 1976, Bootsy formed his own band “Booty’s Rubber Band”, and their 1978 album “Bootsy? Player of the Year” reached the top of the R&B charts with the #1 R&B single, “Bootzilla.”

Celebrating 50 years as a recording artist, Bootsy has collaborated with a wide range of artists, including the Talking Heads, Deee Lite, Cyndi Lauper, Randy Crawford, Fatboy Slim, Victor Wooten, and Kali Uchis. He is a member of the Rock and Roll Hall of Fame, inducted in 1997 with 15 other members of Parliament-Funkadelic. His latest release, 2017’s “World Wide Funk” features many guest artists and continues his status as a legend. Wikipedia, AllMusic