Artist Of The Day: Tommy Guerrero 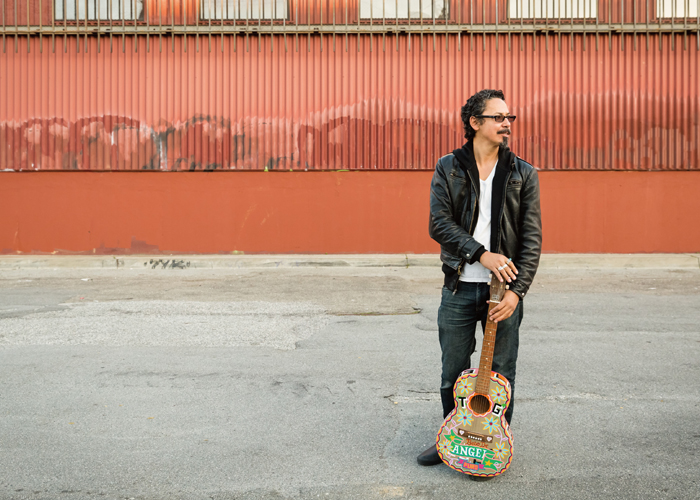 Tommy Guerrero may be better known in the world of skateboarding than music. Born in San Francisco, Guerrero joined the skate company Powell Peralta in 1984 and became one of the original members of the legendary "Bones Brigade" team. TG has been playing music since the late 70's with his brother Tony - both raised on a steady diet of DIY punk music/ethos and skateboarding-which informed and shaped the person he is today. Since then, Guerrero has become an accomplished bassist and guitarist with influences as diverse as John Coltrane, Bad brains, and Gabor Szabo of Joy Division.

His critically acclaimed albums, EPs, and singles combine various types of music from rock, rap, funk, soul, and jazz. In 2004, Rolling Stone magazine named Guerrero's third studio album, Soul Food Taqueria (2003), #2 on its 2003 "best of list". His newest album, “Road to Knowhere,” is inspired by bits and pieces of Ethio-Jazz , Afrobeat , Highlife Spiritual Jazz and funk. Guerrero says, “It’s where I’m at now and what has kept this mortal vehicle fueled. I tend to take different paths each musical outing but this one is for the long haul, the one for the blue highways and forgotten byways. It’s the one to get lost to. It’s about the journey, not the destination.” Tommy Guerrero, Wikipedia, Bandcamp