Artist Of The Day: Mandy Barnett 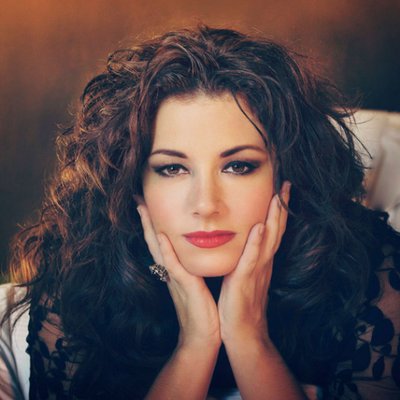 Amanda Carol "Mandy" Barnett (born September 28, 1975) is an American country music singer and stage actress.  Her torchy delivery on her contemporary yet retro-sounding country and pop-tinged material recalled Patsy Cline, so it's no wonder that, while waiting to record her self-titled debut, she paid her bills by playing the legendary singer four nights a week and 26 weeks a year in the musical production Always...Patsy Cline at the Ryman Auditorium.

Mandy Barnett is releasing her first new album in five years, and the new project, Strange Conversation, is a little out of the box for the torch singer with the chameleon-like chops.

Among the tracks on the new album are her take on Neil Sedaka’s “My World Keeps Slipping Away,” which was pitched directly to her by the songwriting legend himself, a McCrary Sisters-embellished version of Andre Williams’ “Put a Chain On It,” which offers a soul-gospel turn, and a carny Western take duet on Sonny & Cher’s “A Cowboy’s Work Is Never Done,” which features John Hiatt.