Artist of The Day: The War and Treaty 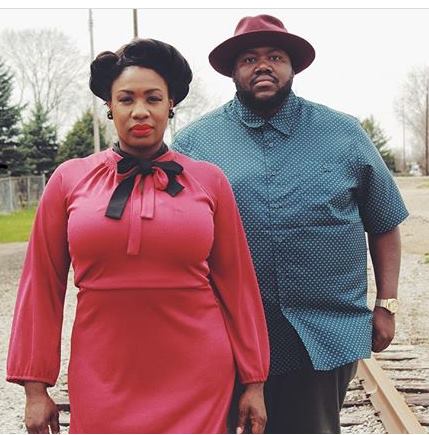 THE WAR AND TREATY

The band's remarkable story bears repeating once again: Trotter's journey began when he arrived in Iraq, an untested soldier stricken by fear and self-doubt. His unit was encamped in one of Saddam Hussein’s private palaces, and in its basement, they found an upright piano that once belonged to Hussein himself. Though he had to teach himself to play, it became Trotter's mission to sing at the memorial services for those that had fallen. For the next three years, he sang songs that brought solace and comfort to the members of his unit. His efforts eventually garnered wider recognition as well. He came in first place in “Military Idol,” the army’s version of “American Idol.”

Upon his return to The States, he met seasoned performer Tanya Blount and set about writing and recording original music.

The War and Treaty is back in Michigan at 20 Front Street in Lake Orion on March 27th and 28th, and at The Ark in Ann Arbor on March 30th.

‘Down to the River’ video: https://youtu.be/PfkPgfzuVAc

WYCE Artist of the Day thewarandtreaty