Artist of the Day: Kamasi Washington 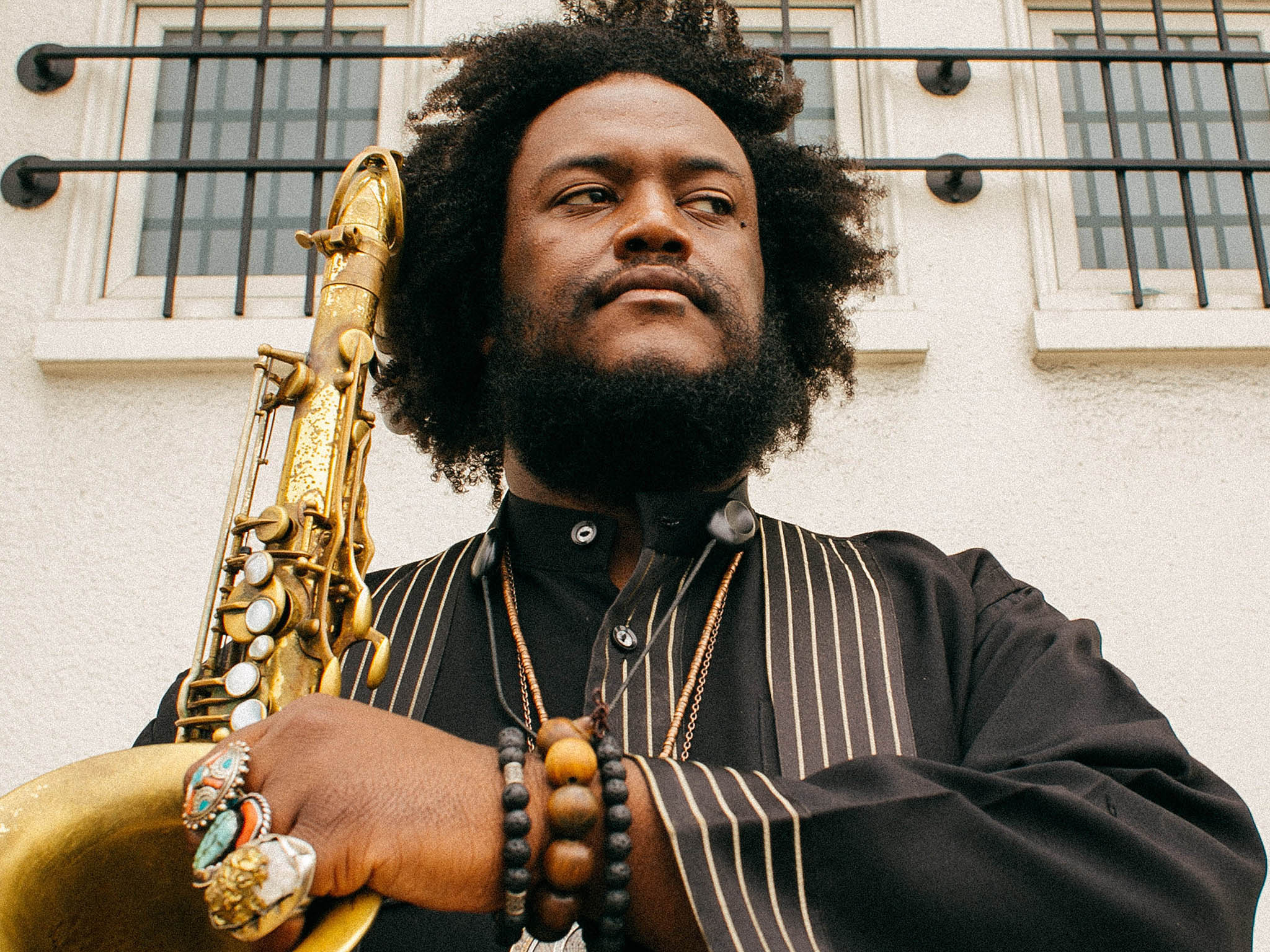 No artist in recent memory has had a breakthrough album quite as impressive as saxophonist, composer, producer, and bandleader Kamasi Washington.  Washington appeared on albums by a variety of artists including Ryan Adams, The Twilight Singers, and Flying Lotus.  His big break came in 2015 when he appeared on and worked on the string arrangement for Kendrick Lamar's critically beloved album To Pimp A Butterfly.  Washington's work on Lamar's album gained him increased attention but it was his own album that moved him into the limelight.  2015's The Epic is a massive, sprawling, three disc, seventeen track, two hours and fifty-three minute opus. Working with The Next Step, his ten piece band, Washington combined elements of hip-hop, R&B, and classical music to craft his unique spin on jazz.

The album was a massive critical hit and gained attention from a wide variety of outlets including write-ups in GQ and an appearance on Marc Maron's WTF podcast. Washington continued to work with the hip-hop community with an appearance on the most recent album by Run The Jewels and in 2017 he once more worked with Kendrick Lamar on Lamar's latest album.

Just last month Washington released a brand new EP, the six track Harmony of Difference.  The album is a collection of songs that Washington composed for his multimedia installation for the Whitney Museum's Biennial.  Washington is currently touring and he is set to release his sophomore full-length in 2018.