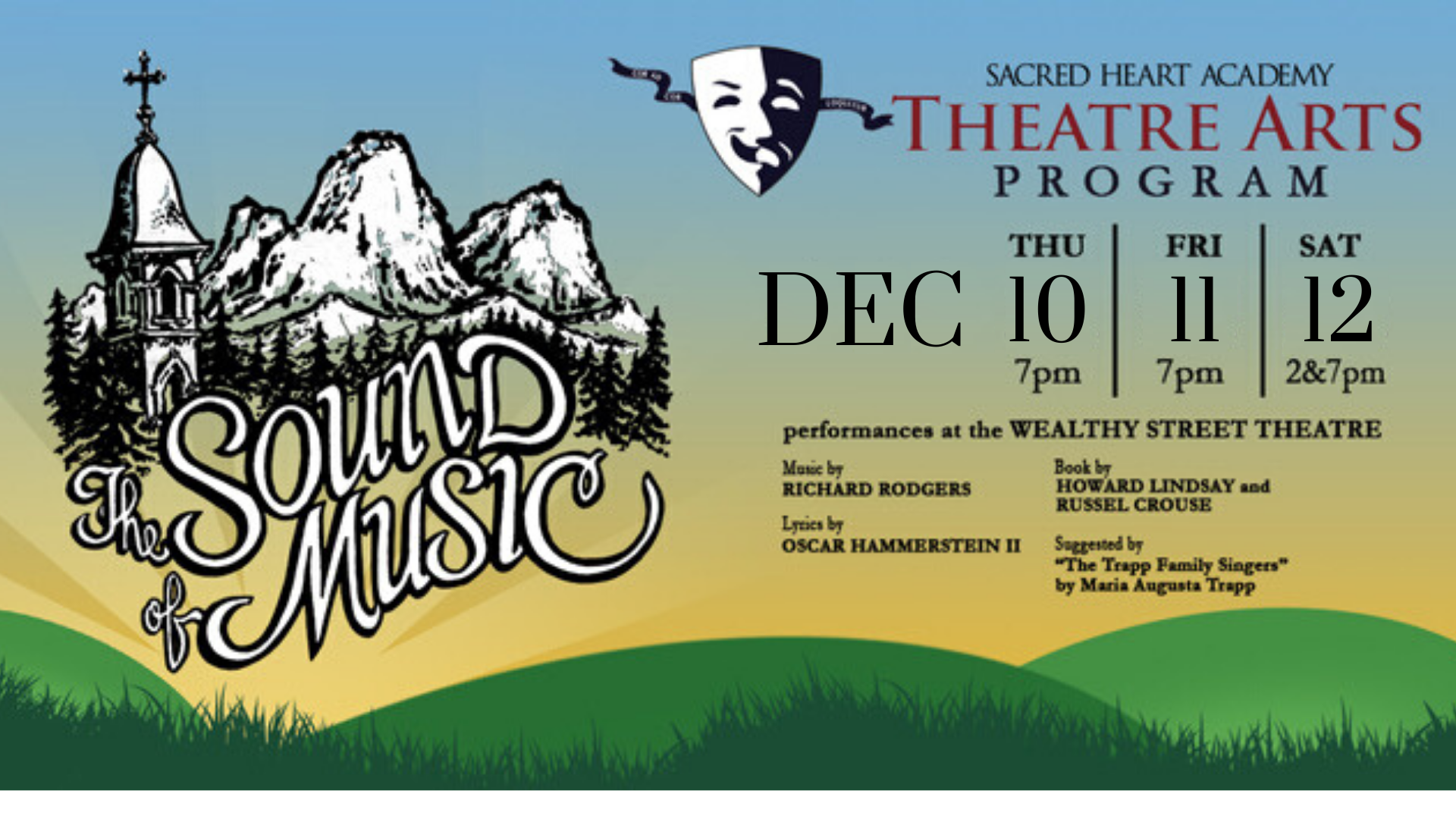 Starts: 6:30pm
Doors: 7:00PM
Duration: 2 hours
calendar 12/11/2020 7:00pm 15 Sacred Heart Academy presents: The Sound of Music (FRI 7PM) Sacred Heart Academy is pleased to present The Sound of Music! Peter Wege Auditorium
map
Sacred Heart Academy is pleased to present The Sound of Music!
This final collaboration between Rodgers & Hammerstein was destined to become the world's most beloved musical. When a postulant proves too high-spirited for the religious life, she is dispatched to serve as governess for the seven children of a widowed naval Captain. Her growing rapport with the youngsters, coupled with her generosity of spirit, gradually captures the heart of the stern Captain, and they marry. Upon returning from their honeymoon they discover that Austria has been invaded by the Nazis, who demand the Captain's immediate service in their navy. The family's narrow escape over the mountains to Switzerland on the eve of World War II provides one of the most thrilling and inspirational finales ever presented in the theatre. The motion picture version remains the most popular movie musical of all time.
TICKETS
$12 - Adults
$10 - Children 10 & under
[All seating is general admission]
--
**Tickets purchased for the postponed April shows will be transfered to the respective dates in December**
[EX: Tickets purchased for Thursday, April 23 will be transfered to Thursday, December 8]
Questions? Please contact Wealthy Theatre at: info@wealthytheatre.org
--
CAST NOTES:
Dec 10th: 7pm (Cast 1)
Dec 11th: 7pm (Maria's Understudy and Cast 2)
Dec 12th: 2pm (Cast 1) and 7pm (Cast 2)