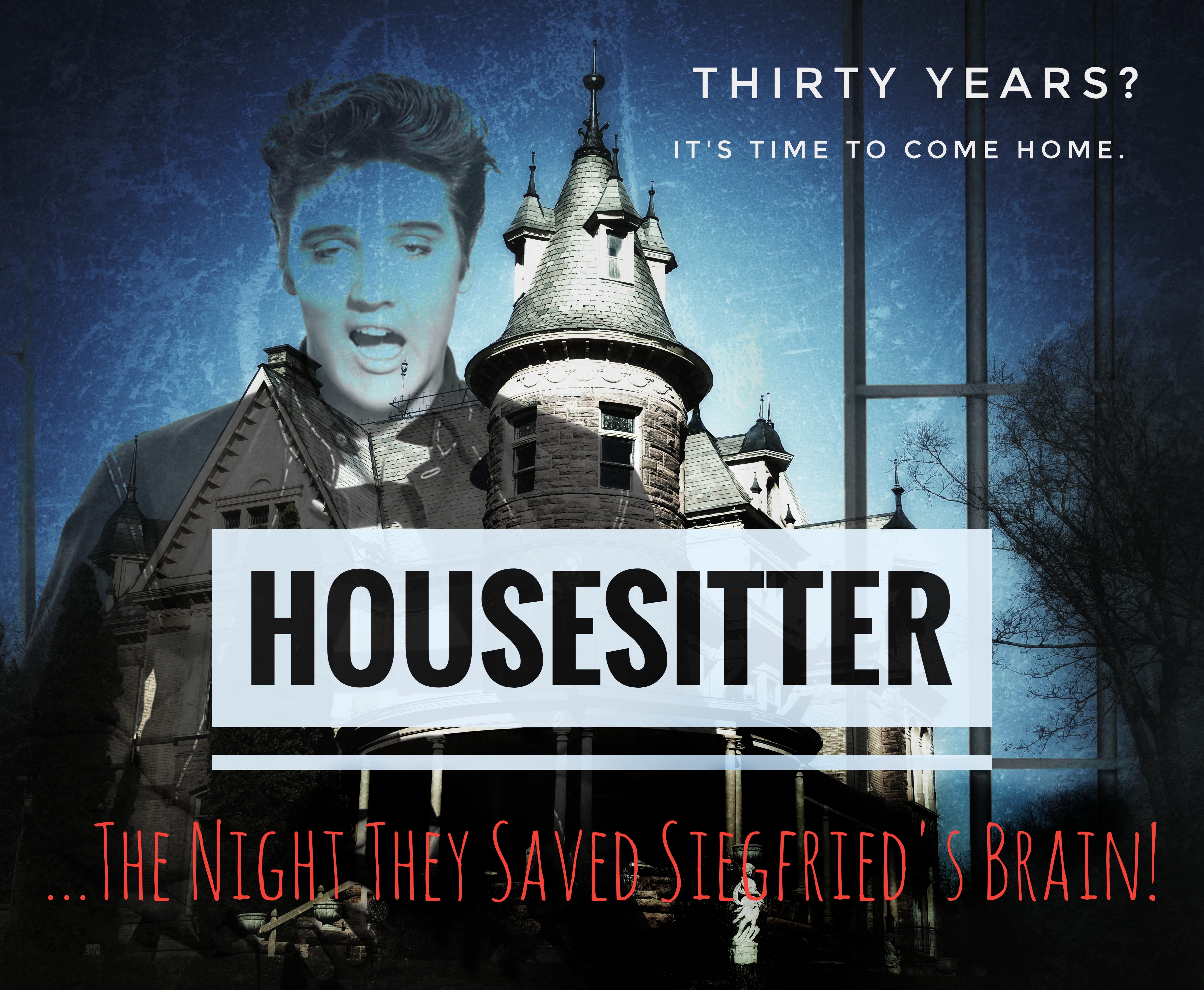 Filmed entirely in Kalamazoo in 1987, Housesitter…The Night They Saved Siegfried’s Brain sat unfinished for thirty years. Now, with post sound from Skywalker Sound and final picture from Paramount Pictures color department, it is at last completed.

Combining 1980’s horror and 1950’s sci-fi, it is the story of Andy, an idealist medical student with a serious Elvis obsession, and a determination to perfect his rat-to-rat brain transfer to “help mankind and change the face of modern science”. After his final experiment blows up and fails, Andy loses his chance to travel abroad and study at the prestigious Reinhardt Institute. With his future in doubt, and with no place to live, he heads to the bar feeling dejected and lost.

Little does Andy know that his beloved professor and mentor, Doc Crosby, is actually a mad scientist who has been murdering people and stealing their brains for experiments in his makeshift “black and white” laboratory. When Doc discovers that his own brain is so severely damaged that he will be dead in a matter of days without a successful brain transfer, he hatches a scheme to acquire the thirteen human brains needed for his “brain pyramid”. Knowing that Andy is homeless and that college kids can’t resist having big parties, Doc invites Andy to housesit while he goes away on “business”.

Now Doc’s trap is set. His house will be full of healthy unsuspecting victims, he will breakout his old lab assistant, Himmel Schwartz, from the insane asylum, and then transfer into his head the brain of the brilliant scientist Dr. Julius Siegfried, which sits waiting on ice in Doc’s lab.

When the party begins, so does the deadly game of cat and mouse. Will Andy save his friends from the scalpel of a madman, or will Doc succeed in saving his own life by completing the first even human brain transference procedure?