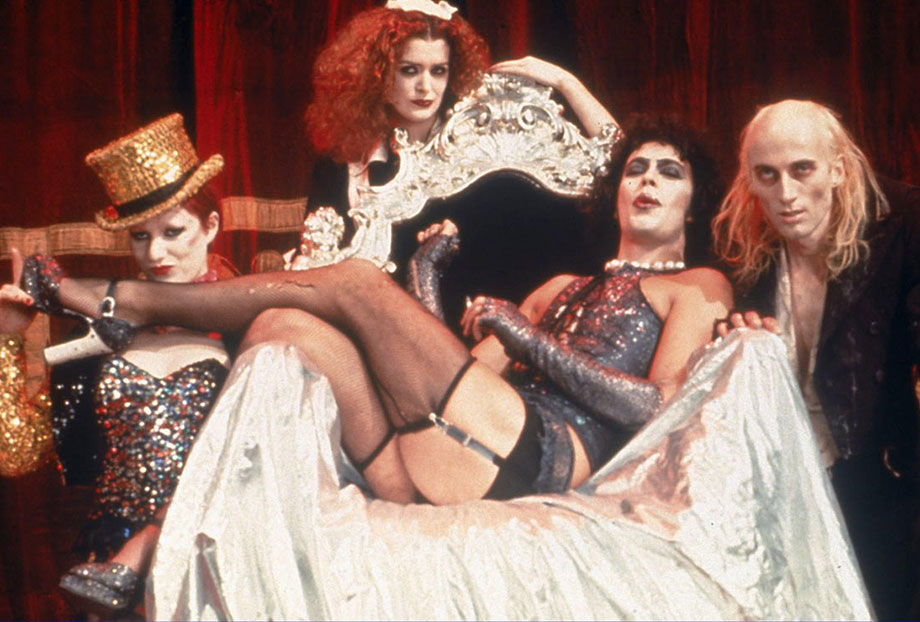 The 8pm screening with shadow cast is SOLD OUT!
But fear not! There is an 11:30pm show as well. Those tickets are available at:
https://grcmc.org/theatre/node/34900/meanwhile-movie-rocky-horror-picture-show-

Let's do the time warp againnnnnn!

Our 8pm screening of Rocky Horror Picture Show will not only be interactive, but it will be a special shadow cast screening with live actors doing a parallel performance of this cult classic film. Cosplay is strongly encouraged.

PLEASE NOTE:
Outside supplies for the interactive screenings are PROHIBITED. Pre-approved items will be sold in grab-bags in the lobby during the event. Please respect our historic theatre and keep it in good shape for all events!

Sweethearts Brad and Janet have become stuck in the middle of nowhere with a flat tire during a storm. They soon discover the eerie mansion of Dr. Frank-N-Furter, a transvestite scientist. As their innocence is lost, Brad and Janet meet a houseful of wild characters, including a rocking biker and a creepy butler. Through elaborate dances and rock songs, Frank-N-Furter unveils his latest creation: a muscular man named "Rocky." Widely considered one of the great cult classics of all time, still the film is a must-see with a full crowd experience. Last year's Halloween screening was a sell-out, so get your tickets early.

If you are a member of the Community Media Center, you can order drinks at our bar and enjoy a local Michigan beer, a glass of wine, or a mixed drink while watching your favorite cult classics. Remember, bar privileges are available only to CMC Members. If you would like to learn more about the many benefits of CMC membership, please click here.