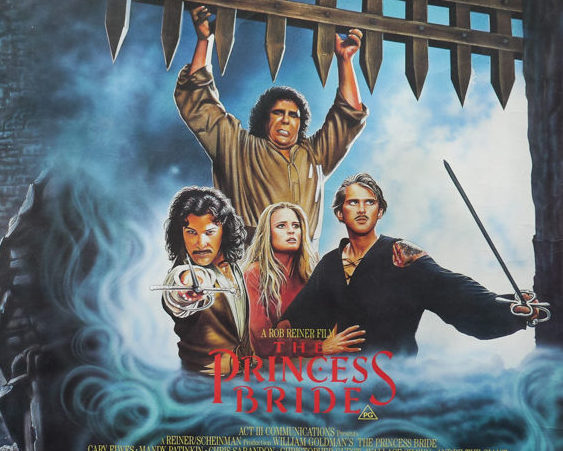 The Meanwhile Bar and Wealthy Theatre team up to present the Meanwhile film series. The weekly brew & view every Tuesday night! This week's film is: The Princess Bride. Directed by Rob Reiner and written by William Goldman. If you are a member of the Community Media Center, you can order drinks at our bar and enjoy a local Michigan beer, a glass of wine, or a mixed drink while watching your favorite cult classics.

While home sick in bed, a young boy's grandfather reads him a story called The Princess Bride. It tells the story of a farmhand named Westley, accompanied by befriended companions along the way, who must rescue his true love Princess Buttercup from the odious Prince Humperdinck. The film stars: Cary Elwes, Mandy Patinkin, Chris Sarandon, Christopher Guest, Robin Wright, Wallace Shawn, Fred Savage, and Andre the Giant. The film is rated PG and runs 1hr 38min.

Remember, bar privileges are available only to CMC Members. If you would like to learn more about the many benefits of CMC membership, please click here.