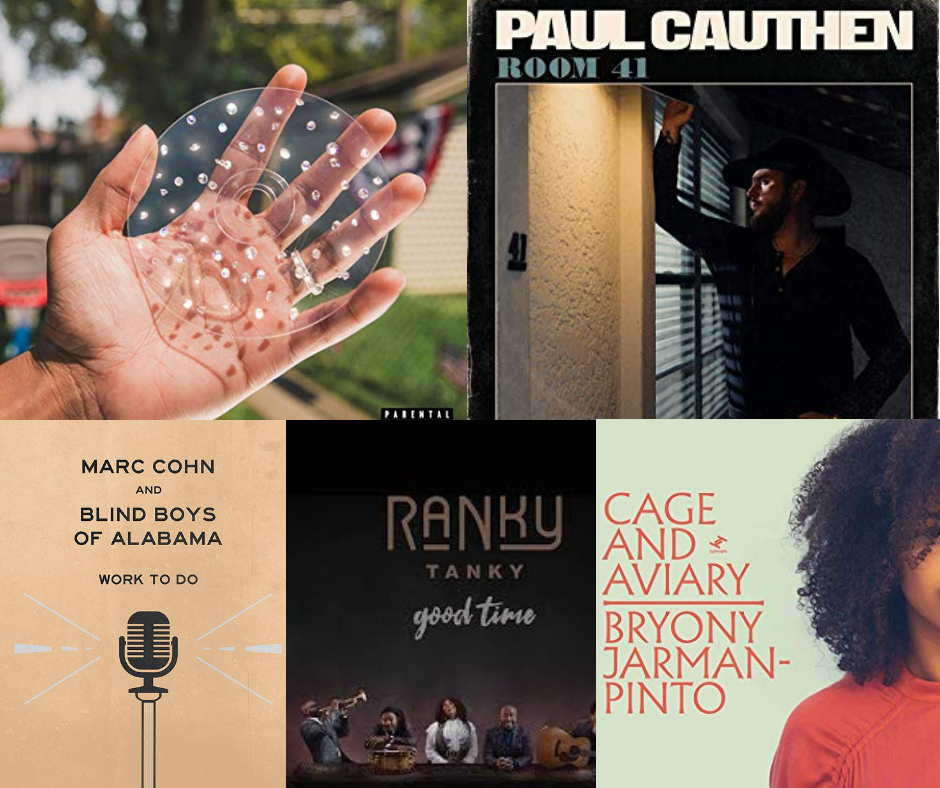 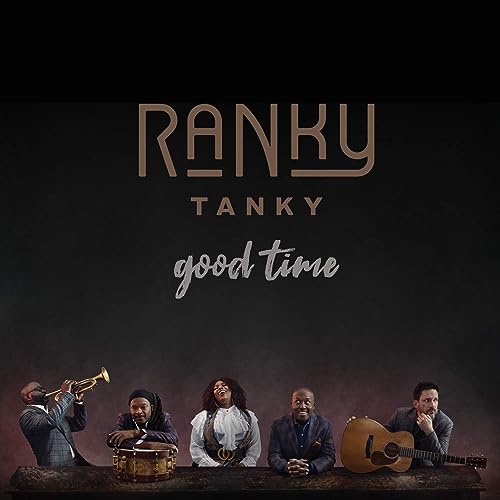 Honoring the Gullah culture of their South Carolina ancestors, Ranky Tanky returns with their second album Good Time. Reflecting on the strange dichotomy between Chic’s release of “Good Times” alongside so many tumultuous events in 1979 (disco records being burned at a baseball game, an extended hostage situation, etc), the main draw was that even in the craziest of times, people should look for and create their own good times. This lowcountry soul album focuses on Gullah (roughly means “get funky”) culture, in which many of the band members have direct roots in as performers, and with their soul, jazz, and gospel infused Americana, Good Time is definitely a call to action on this record. Rather than stick to traditional Gullah music, which involves a cappella voices with body percussion, Ranky Tanky develops on this traditions with modern instrumentation and genre fusing. Each song will have you dancing and feeling joyful down to your core in the face of whatever life throws your way. Ranky Tanky’s loose, funky feel throughout the album are the perfect resolve to face down any hardships with a smile and song! 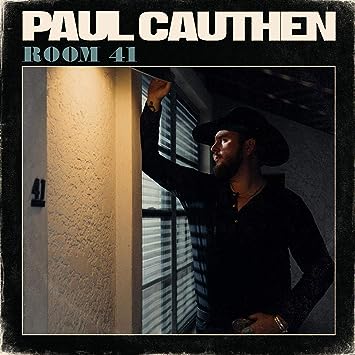 Room 41 is more than just a collection of songs, it’s the telling of an artist whose life went from the brink of self-destruction to soaring new heights in both his artistry and personal well-being. The title details the room at Dallas’ Belmont Hotel in which Paul Cauthen lived out of a suitcase for two years. Every night was drinking and writing music from 4 am until noon, and then waking up to repeat the cycle again. On creating the tunes, Cauthen said “I’ve always been the kind of artist that can’t write something unless I feel it and I mean it. This record is as real as it gets for me. I am these songs.” Every tear shed, every anxious moment of uncertainty, and every desperate moment living in poverty is distilled into soulful, old-school country with moments of 70s funk and spiritual gospel. The variety of styles, recording environments, and producers helps the album feels like a journey through a tumultuous time, rooted in the resolve to refocus life around music and the impact it can have on one’s soul. Paul Cauthen’s career is far from over, and I’ll join the chorus of supporters in celebrating new music and a new lease on life for the artist. 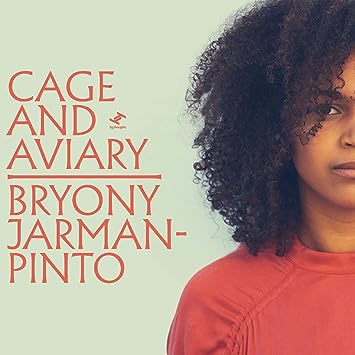 Bryony Jarman-Pinto describes herself as an artist that combines "harmonious vocals and mesmerising jazz-fused melodies with personal and complex lyrics" to craft tunes that are inspired by the jazz vocalists and jam musicians she grew up with as a child in Cumbria. This album took three years to craft and dives into social issues, showcasing a range of emotions and commentary on what it means to come of age in society. She explains that "lyrically, I have circled around the theme of family and securities I felt at a younger age, measured against my insecurities and personal desires to my own femininity and personhood" in an interview with FatBeats, which seems to be a theme for this younger generation of people trying to navigate what an endless sea of obstacles women have to face. With such expressive compositions, it's easy to place yourself in Bryony's shoes, understanding what strength and resolve it takes to address one's personal struggles against what society dictates should be the "norm." Bryony Jarmon-Pinto's debut is already making an impression on tastemakers like Giles Peterson (BBC Radio), and it's only a matter of time before audiences can see her in America.

Marc Cohn & The Blind Boys of Alabama - Work To Do 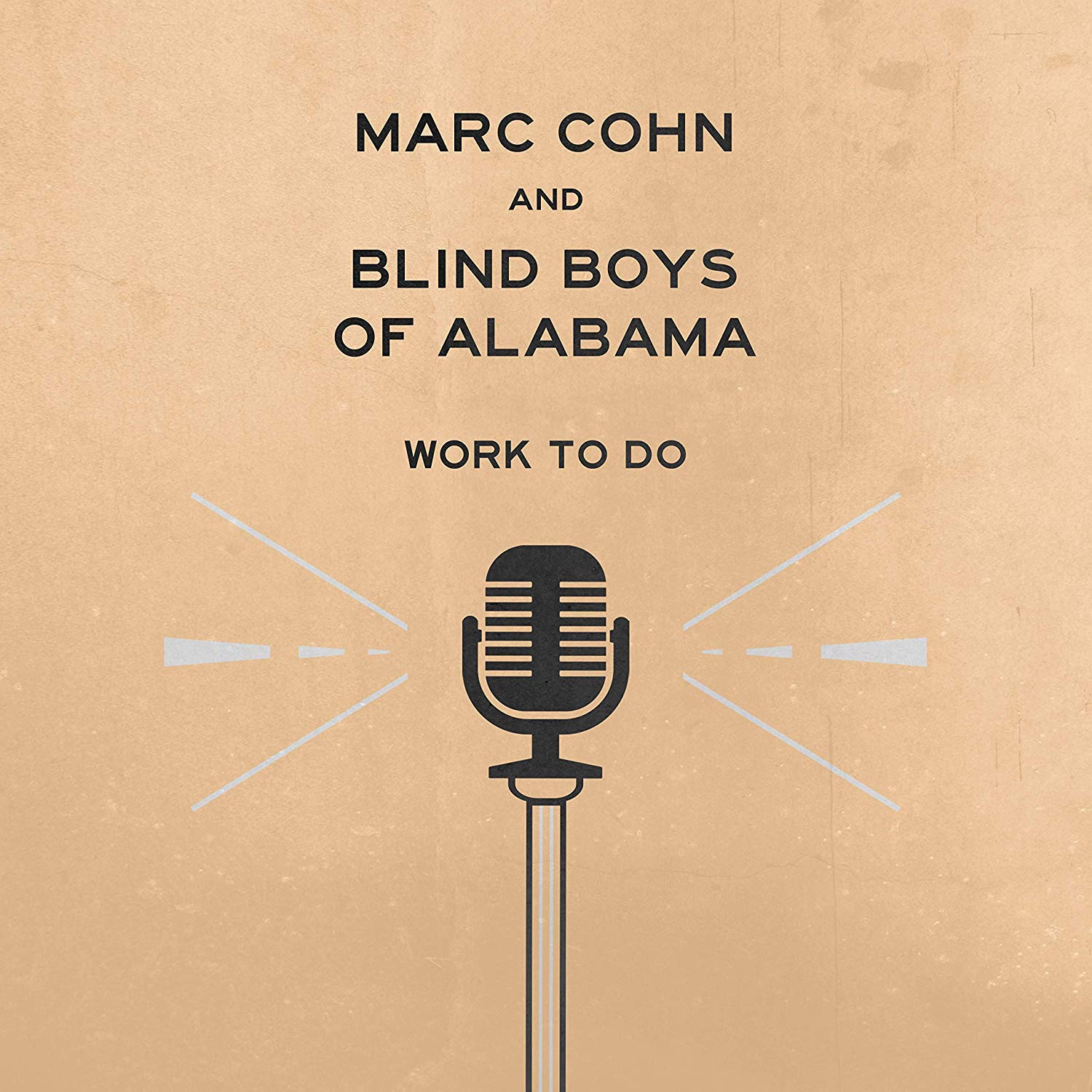 I know I've probably said this before in previous articles, but I love hearing so many artists gravitating towards soul music, whether it's Anderson .Paak or Durand Jones and The Indications. Another great addition to the ever expanding soul music playlist on my Spotify comes from Marc Cohn & The Blind Boys of Alabama (legacy gospel group) with their release of Work To Do. This collaboration between the two artists and producer John Leventhal resulted in an album that includes an arrangement of the gospel standard "Walk in Jerusalem," two new singles, and several intimate, live concerts captured from over a year of touring. The spirit of enthusiastic music making is clear on this record, as there is a mutual respect between Marc Cohn and The Blind Boys of Alabama that results in a foot-stomping, soulful expression of some great music. Whether you've followed each artist separately or know of previous collaborations between the two artists, you're in for a wonderful listening experience that is filled with joy and song.

Highlights: "Walk in Jerusalem", "Work To Do", "Talk Back Mic"

Chance The Rapper - The Big Day 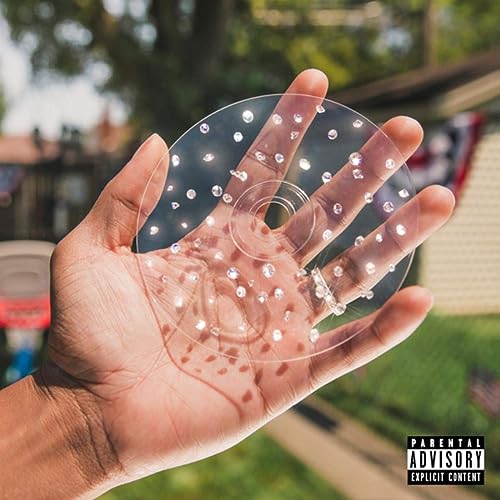 As soon as you start the album with "All Day Long," you are treated to what makes Chance the Rapper such a pleasure to listen to: speedy, articulate rapping, soulful singing, and a beat that immediately gets you moving. Yes, other artists can embody these qualities, but Chance The Rapper stands out among the crowd for how versatile he can be as a performer, arranger, producer, and even at times an actor. With the release of The Big Day, listeners are treated to a host of collaborations centered around Chance's "debut" record (following three successfully studio mixtapes) detailing experiences of life, love, family, transitioning into becoming a father after the birth of his daughter, and the marriage to his longtime girlfriend, Kirsten Corley (hence the "big day"). With 22-tracks, the album has many solid moments, such as "We Go High" (in reference to Michelle Obama's response to folks that "go low"), the trap banger "Hot Shower," and "Do You Remember" (ft. Death Cab for Cutie). However, some tracks, while still featuring great production and guests, have less of an impact. That being said, Chance The Rapper has proven that he deserves the success that he has received, and that he is a hard-working, caring artist that understands the impact he can make as a community supporter, educator, family man, and husband in a celebration of all things in life.