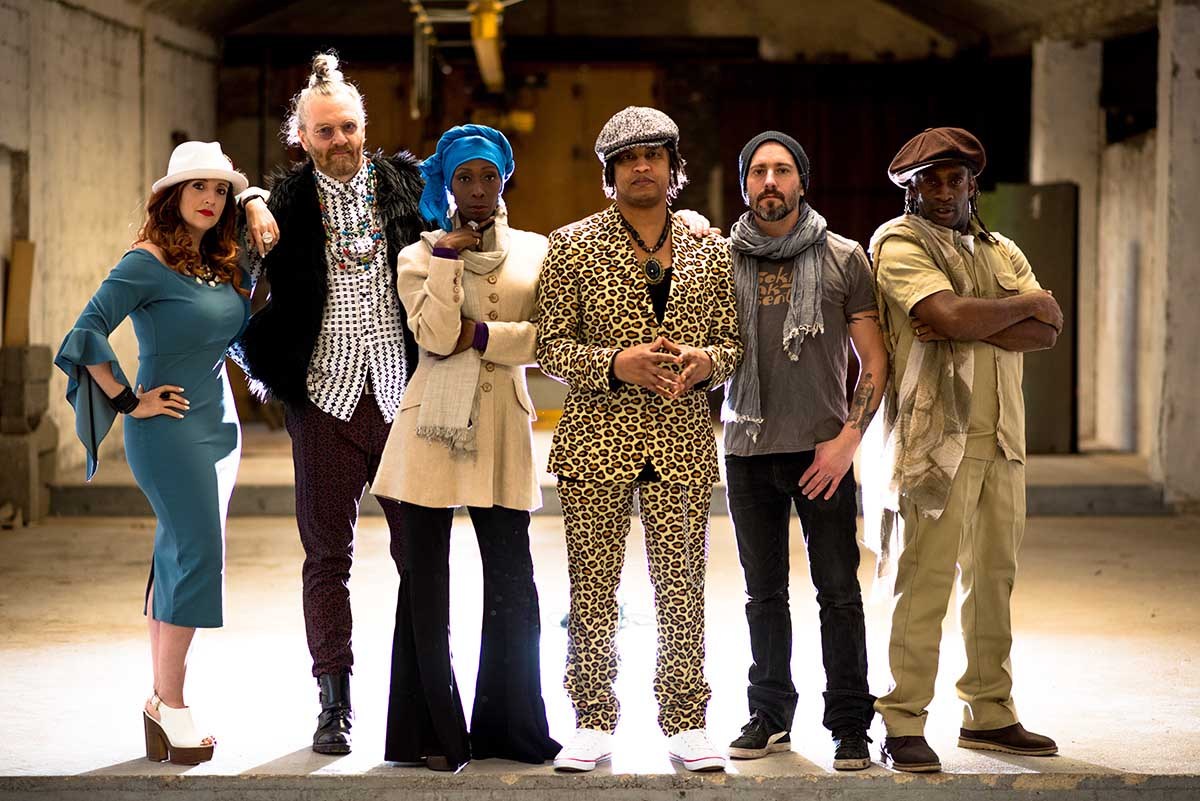 Acid jazz is a misleading tag for most of the acts to which the jocular term has been applied, but it's particularly limiting for Brooklyn Funk Essentials, a multicultural, ever-changing band that has fused funk, hip hop, several shades of jazz, soul, ska, and dub poetry.

The band was conceived in 1993 by producer Arthur Baker and bassist and musical director Lati Kronlund. In the mid-1990s, the group became a staple of the New York City club scene. They're known most for their debut album, Cool and Steady and Easy (1993), a major factor in the emergence of independent U.K. label Dorado.

Since then, as the members have been engaged in an assortment of other creative outlets, they reconvene on occasion to add to their discography.  Brooklyn Funk Essentials capped off their third decade together with Stay Good which was recently added to the WYCE Music Library.