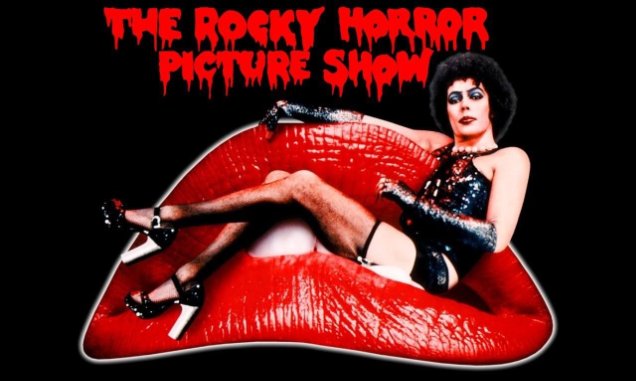 Widely considered one of the great cult classics of all time: The Rocky Horror Picture Show! Still today, the film is a one-of-a-kind, see-it-with-a-full-crowd, movie-theater experience. Previous year's Halloween screenings here at Wealthy Theatre have sold-out, so get your tickets early! Cosplay and costumes are strongly encouraged.

Originally released in 1975. Directed by Jim Sharman. Starring Tim Curry, Richard O'Brien, Susan Sarandon, Barry Bostwick, and Meat Loaf. The film is rated R, with a runtime of 1hr 41min. Sweethearts Brad and Janet have become stuck in the middle of nowhere with a flat tire during a storm. They soon discover the eerie mansion of Dr. Frank-N-Furter, a transvestite scientist. As their innocence is lost, Brad and Janet meet a houseful of wild characters, including a rocking biker and a creepy butler. Through elaborate dances and rock songs, Frank-N-Furter unveils his latest creation: a muscular man named "Rocky."

This will be a special SHADOW CAST screening presented in partnership with Betka-Pope Productions. With live actors doing a parallel performance alongside this cult classic film.

$5 Prop bags available for purchase in the lobby

To keep ourselves and our community safe, Wealthy Theatre will be requiring all patrons, volunteers, staff, and crew to wear face-masks regardless of vaccination status. Masks may be removed while seated and eating/drinking. Eating/drinking will not be allowed in the lobby area. Disposable face masks will be made available in the venue. We ask that you do your best to make mindful, distanced decisions about seating and waiting in lines. Take care of yourselves and each other.

If you are a member of the Community Media Center, you can order drinks at our bar and enjoy a local Michigan beer, a glass of wine, or a mixed drink while watching your favorite cult classics. Remember, bar privileges are available only to CMC Members. If you would like to learn more about the many benefits of CMC membership, please click here.