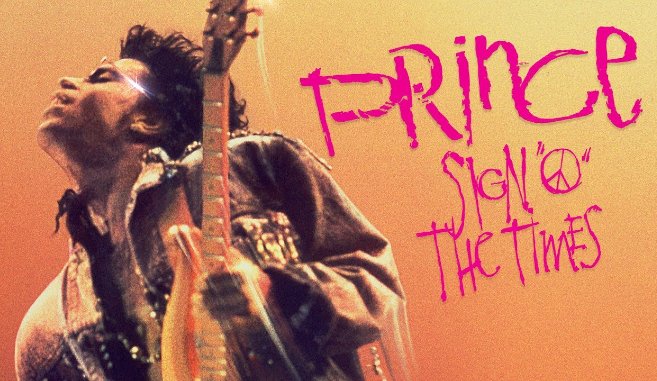 June 7th is Prince's birthday! Join us for a screening of his concert film "Sign 'O' The Times" on the big screen! Presented by WYCE!

Judged by many fans to be the apex of the Purple One performing live on film or video, his exhilarating & revolutionary pop/rock oeuvre transcends into visionary territory. Directed by Prince himself. Featuring the band that accompanied him on the 1987 tour; including dancer Cat Glover, keyboardist Boni Boyer, bassist Levi Seacer Jr., guitarist Miko Weaver, drummer Sheila E, and former member of The Revolution keyboardist Dr. Fink. Bringing the Grammy nominated album `Sign 'o' the Times' to life in one of the greatest concert films ever made, capturing Prince at the peak of his musical powers.

“It’s Sign ‘O’ the Times that remains the star’s finest cinematic moment, a svelte jolt of everything that captures Prince at his most dazzling: the singing, the dancing, the multi-instrumental talent, the rapport with his band and those bolero-chic outfits.” – Elias Leight, Rolling Stone

Presented by WYCE! Grand Rapids' own independent, commercial-free, community radio station serving the communities of West Michigan and beyond. Broadcasting on-air programming at 88.1fm, and reaching out to the world through online streaming. Dedicated to providing an eclectic blend of under-represented music. Listener-sponsored, volunteer-powered. Listen, learn more, or get involved at: http://www.wyce.org/​​