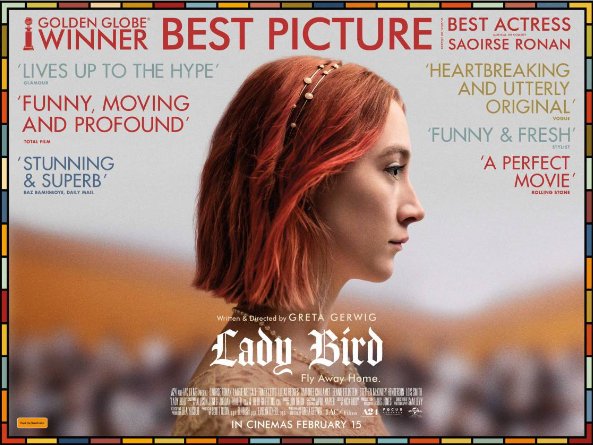 March 8th is International Women's Day; Help us celebrate with the 2017 coming-of-age dramedy "Lady Bird"! Written and directed by Greta Gerwig, the film follows a California high school student who plans to escape her family and small town by attending college in New York, much to the disapproval of her wildly loving, deeply opinionated and strong-willed mother. Considered by many critics as one of the best films of 2017 and one of the best films of the 2010s, "Lady Bird" was chosen by the National Board of Review, the American Film Institute, and Time magazine as one of the ten best films of the year. At the 90th Academy Awards, it earned five nominations: Best Picture, Best Actress (for Ronan), Best Supporting Actress (for Metcalf), Best Original Screenplay, and Best Director. At the 75th Golden Globe Awards, the film won two awards - Best Motion Picture (Musical or Comedy) and Best Actress in a Musical or Comedy (for Ronan)—and was nominated for two others.

Looking for CMC Member discount? Login via the upper-right hand corner or at: http://www.grcmc.org/login