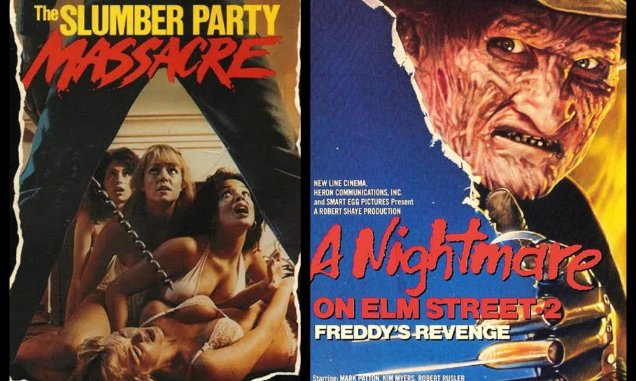 Join us on Friday, October 28th as we celebrate diversity through the power of horror. Wealthy Theatre will be hosting a special double feature as we screen two iconic horror films that will leave you with an unforgettable experience.

Our Friday night slasher double feature kicks off at 7:00 PM with Amy Holden Jones’s ground breaking feminist masterpiece - 'Slumber Party Massacre' (1982). We’ll wrap the night up with the man of your dreams and screen cinema’s first male scream-queen in the classic A Nightmare on Elm Street Part 2: Freddy’s Revenge (1985).

Synopsis: Jesse Walsh (Mark Patton) moves with his family into the home of the lone survivor from a series of attacks by dream-stalking monster Freddy Krueger (Robert Englund). There, Jesse is bedeviled by nightmares and inexplicably violent impulses. It turns out Freddy needs a host body to carry out his gruesome vendetta against the youth of Springwood, Ohio. While Freddy gains influence, Jesse and his girlfriend, Lisa (Kim Myers), race against the clock trying to figure out what's going on.