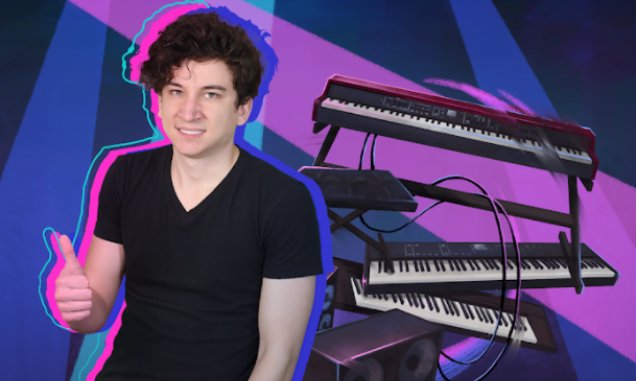 *The previously postponed Daniel Thrasher show, originally scheduled for June 18 at the Wealthy Theatre in Grand Rapids, has been rescheduled for Friday, August 19. For those to wish to attend the new date, your tickets are valid. For those who cannot make the new date, refunds are available until July 15 by emailing support@audiotreepresents.com. After July 15, refunds will not be processed. Please include your order number. We appreciate your flexibility and hopefully we'll see you in August!*

Daniel Thrasher began posting videos on YouTube when he was 13 years old. He went on to earn a bachelor’s degree in Performing Arts from the Savannah College of Art and Design, before embarking on a career as an actor in Los Angeles. Between auditions, Daniel funneled all of his talents—from piano to songwriting to balloon arts—into his YouTube channel, which has since amassed nearly half a billion views and 3 million subscribers.

Daniel carved out his niche on the internet by making piano-based comedy sketches in which he plays a range of characters. His videos aim to make each viewer’s day “a little bit easier,” often satirizing topics that are relatable for amateur and professional musicians alike. Over time, he has developed a distinct comedic language that resonates with audiences of all ages. A typical Thrasher video switches from wholesome, relatable humor to absurdism to deadpan comedy in the blink of an eye, with Daniel simultaneously playing the straight-man, the funny man, and everyone in between.