Catch The Fish: A Rush Tribute - With Special Guest: Squatch 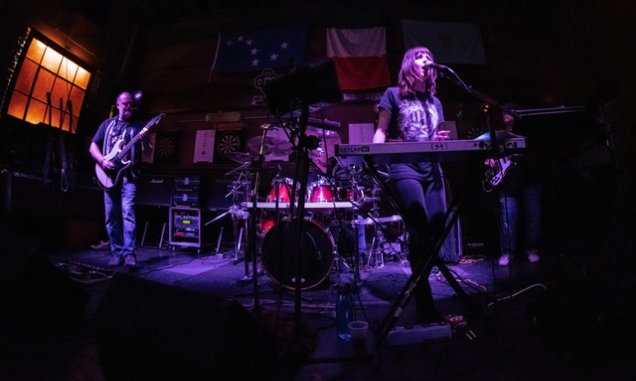 Catch the Fish is equal parts music appreciation and education for its members, long-time friends Paul Abel, Neil Postema, and Dave Savage of progressive rock band, Cube, and their mentee, Patty PerShayla, of the eponymous Mayhaps.

While Patty was recording her solo record at Paul’s home studio, they bonded over a shared passion for bass guitar and the music of RUSH. The guys had learned instrumental epic, “La Villa Strangiato,” in the past but decided to explore other tracks with Patty in the mix, discovering that a young woman’s vocal range is a good fit for emulating Geddy Lee. Rush is regarded as one of the world’s greatest power trios but Catch the Fish splits the role of Geddy between Paul and Patty, employing three keyboards and a MIDI pedal board, programmed to match each record sonically.

In fact, the gear is essential in paying tribute to Rush, as their music developed from classic rock ’n’ roll in the 70’s into an exploration of tone and timing through the rest of their career. The late, great Neil Peart had an intricate drum kit surrounding him at live performances and the tribute’s drummer, also named Neil, makes use of several rack toms and cymbals along with an electronic pad while playing these iconic beats and fills, often in difficult meters. Lead guitarist, Dave Savage, brings an arsenal of guitars with a tower of amplifiers and pedals to mimic the sounds of Alex Lifeson, whose solos float gracefully over complex rhythms with a tasteful punch at pivotal moments.

Catch the Fish’s first show featured a journey through Moving Pictures and a finale of “La Villa Strangiato” (which Rush and their fans alike admitted is one of their most ambitious songs) but the group will study additional tracks for their 2022 performance. Many quotes and lyrics from Peart, who continued taking drum lessons after being considered a master, discuss a desire to learn and a passion for creativity (plus of course, outer space and The Lord of the Rings), which is the spirit of the tribute. From “The Spirit of Radio”: “Invisible airwaves crackle with life, bright antennae bristle with the energy. Emotional feedback on a timeless wavelength, bearing a gift beyond price, almost free.”