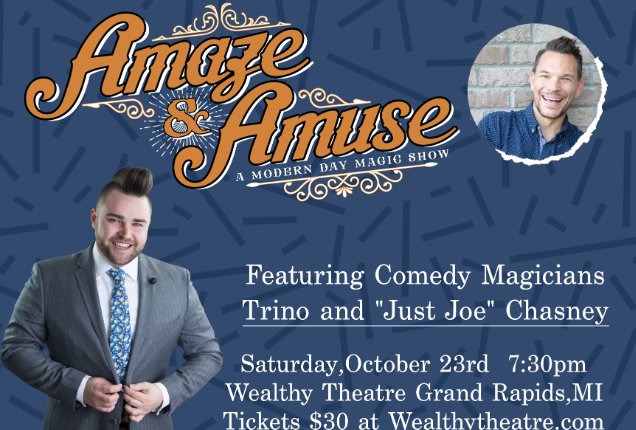 Tickets are $30 (and include 1 drink ticket: good for a beer/wine/soda)

​For 14 years (over half his life) Trino has loved bringing laughter, amazement, and high-quality entertainment to audiences of all ages. Now based in Grand Rapids, Michigan, you can find him entertaining at various events and traveling the country with his wife, Ashley, and their hairless cat, Cannoli.

Thanks to his combination of skill and quick wit, Trino has been privileged to perform for celebrities such as Gene Simmons (KISS), Lee Brice (Billboard Chart Topping Country Artist), Kevin Nealon (SNL, Weeds) and many others.