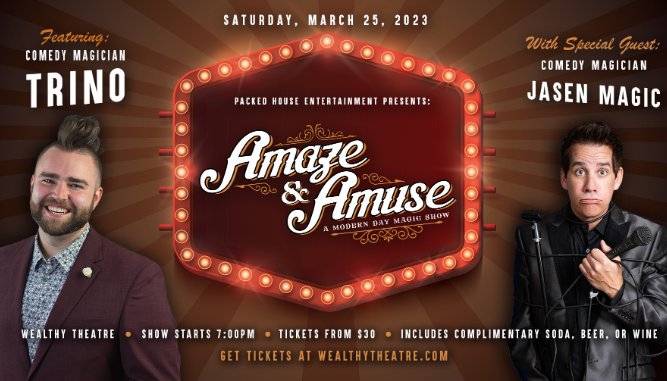 Jasen Magic has been televised in nearly 40 countries. He’s been featured on ABC, FOX, The Discovery Channel, The History Channel and is a regular on Detroit’s own Live in the D on NBC. When he is not performing aboard Royal Caribbean Cruise Lines he appears annually at hundreds of events around The US, Canada and Mexico. Jasen Magic has been invited to perform for the likes of Tiger Woods, Mario Andretti, Robin Leach and most recently for The Rolling Stones.